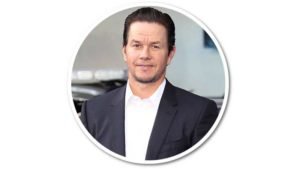 Mark Robert Michael Wahlberg, an American actor, producer, and businessman, was the frontman for the group Marky Mark and the Funky Bunch. He later shifted to acting in the 1990s. Planet of the Apes, The Italian Job, Four Brothers, The Departed, The Other Guys, The Fighter, Ted, Lone Survivor, Pain & Gain, Transformers, Daddy’s Home, Patriots Day are some of his popular movies. He is the highest paid actor in 2017.

Mark Wahlberg went to Copley Square High School on Newbury Street in Boston. He never graduated, therefore, received his high school diploma in June 2013. He had developed an addiction to cocaine and other substances by the age of 13.

1. He was the lead singer of the band “Marky Mark and the Funky Bunch”.
2. He has 8 siblings and he is the youngest.
3. He is a distant relative of author Nathaniel Hawthorne, Celine Dion, Halle Berry and Madonna.
4. He developed an addiction to cocaine during his youth and had an encounter with Boston Police Department about 20 to 25 times.
5. He started his career as a rapper in 1991.
6. Derek Jeter, the former baseball player, is a big fan of him.
7. He owns Wahlburgers, a Massachusetts based burger joint.
8. VH1 positioned him number 1 in “Hottest Hotties of the 90’s” list.
9. According to him, the 2002 film “The Truth About Charlie” is his worst film.
10. He released performance water called AQUAhydrate in 2013 along with Sean Combs.
11. He purchased a $5 million mansion in Beverly Hills in December 2001 for his mother.
12. He was born with a third nipple.
13. He has tattooed Bob Marley on his left upper arm.
14. He lost his older sister Debbie On September 2, 2013, which is the same day, Mark and Rhea welcomed their first child Ella Rae.
15. Rolling Stone readers voted him the “worst male singer of the year” in 1992.
16. Leonardo DiCaprio is his good friend.
17. ‘Mark Wahlberg Youth Foundation’ is the name of the charity he owns.

Tammy Pobi (1997)
Mark Wahlberg was in a relationship with a Canadian Singer Tammy Pobi in 1997.

Kate Moss (1992)
Mark Wahlberg was in a relationship with a British Model Kate Moss in 1992.